Out of Hospital We Go

As the surgeon had promised the pain was considerably less than when I had my shoulder surgery in March, I wasn’t even needing paracetamol. a relief considering the drastic weight loss I had experienced with the tramadol last time around. So I just laid about in my new ward napping and playing on my phone. It was a bit like being back in freshers (just with slightly more wires hooked up reading my vital signs).

After a couple of hours I was moved over to my own room as I was the patient deemed most likely to be able to cope on my own without a nurse fluttering about 24/7.

Now this was better, room to myself with an en suite and visitors at any time. This could have potential for a few days!

However after a nap and an hour or so of visiting time my surgeon appeared for a chat. I was allowed to return home and wait there for a call to discuss the biopsy results in a week to ten days. Bad timing as I would’ve happily got used to this VIP room for a few days, but still being at home was far preferable to sitting in the Heath hooked up to monitors and blood pressure cuffs day in day out.

So after some final checks and forms I was allowed to be wheeled from the hospital and home to Maesteg. Only under the proviso that I keep a sanitary pad glued to my head at all times until the stitches had been removed. Lush. 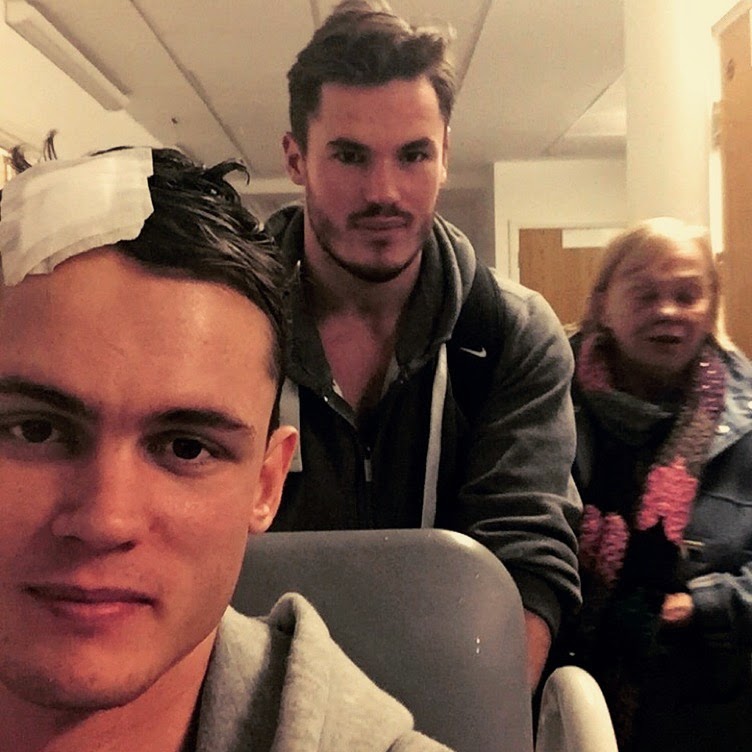