The Man in the Plastic Mask

Up bright and early, I was dressed and on the road to Velindre Hospital by 08:30. Today I was booked in to have my radiotherapy mask fitted and a quick CT scan to help prepare for the treatment I will be having.

The biggest downside to being in Velindre as opposed to the Heath is the lack of a Starbucks, I'm thinking of leading a campaign to get a Costa coffee put in the lobby... I could've murdered a Mocha Latte and blueberry muffin this morning but was stuck with a sugar-loaded regular latte and a pack of custard creams. Lovely.

When I was called through to the mould room I was laid on a table and had a warm mesh placed over my head where it was moulded to the contours of my face. I had to stay still for ten minutes to wait for the mould to set while my dad and the staff in the room chatted about/to me, not an easy feat I assure you. Feeling a bit like a spare part in a GCSE art class I lay there trying desperately to ignore the itch that had appeared on my nose within seconds of the mask being laid on my face and waited for the ten minutes to finish.


After the mask had set I was taken around to the CT scanner to give it a test drive! Looking a bit like I was taking part in a budget recreation of the Darth Vader scene in Star Wars III I was clipped into the scanner by my mask and quickly had a brain scan taken to be used in the preparations for my treatment. I was then told that my treatment will be starting on the 11th Feb with a preparatory appointment the day before, so only 15 days to go! The doctor in charge of my treatment also appeared and we discussed the benefits of getting a second opinion on the biopsy results and I asked her about any potential issues if I was to do some judo over the next few months. Turns out I'm allowed to do as much judo as I want, although apparently I shouldn't go lining up any international competitions. Spoil sport.

After giving some more blood samples I was free to go. In and out within an hour isn't too shabby. This meant I had plenty of time to get home and squeeze in a haircut before the gym! I've been a bit nervous about getting my head shaved because as I've said before, I think I'll look a prat without my hair. But as I don't really have much choice I lined up a trip to get my hair strategically removed. I'm currently sat here with a number two all over feeling like I've lost a close friend, but I've been assured it doesn't look as bad as I'd anticipated. Although I'm pretty sure my glasses no longer suit my bald head, so that's £270 well spent.

I decided mid-gym session that I want to remain as shredded as possible throughout treatment and will endeavour to finish my treatment as the most in-shape cancer patient in the country. Not sure exactly how I'll measure this but it'll help to have a goal when I'm looking for excuses to bail on a gym session during my treatment. On the up side, from what I've seen the majority of cancer patients are elderly so I should be facing minimal competition. On the down side, this will make it even more embarrassing if I don't manage it.

Here I am, all bald and stuff: 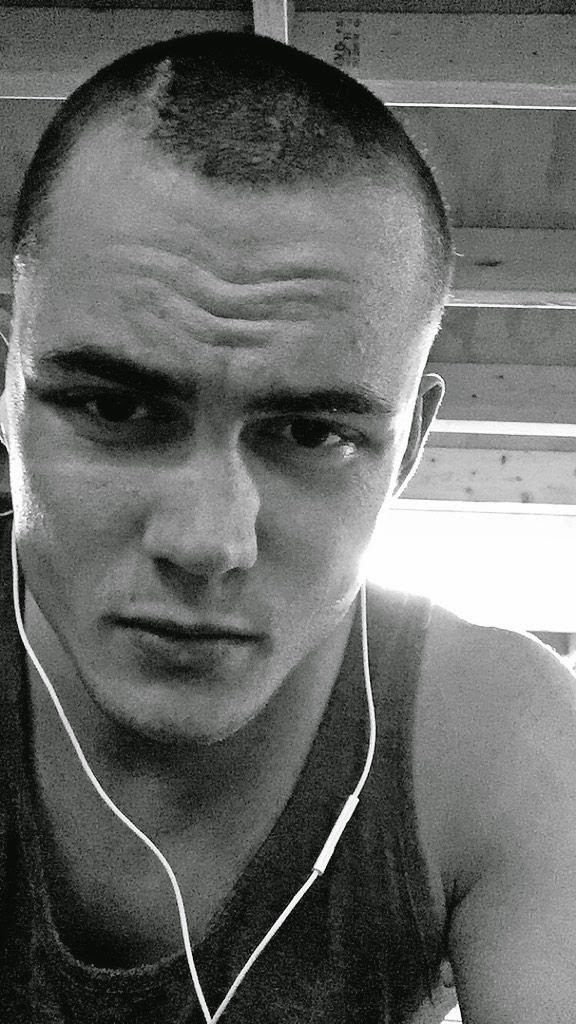